History of the beard 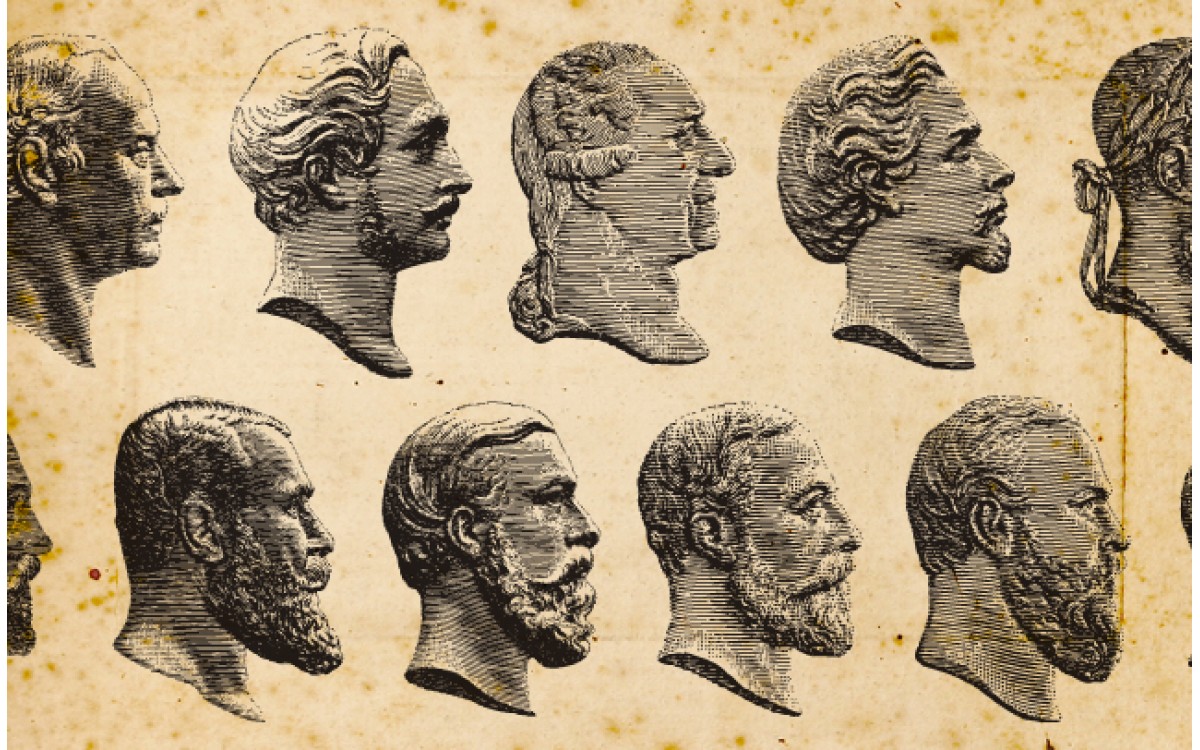 Beards have had many uses during the history of humans.  Early humans used beards for warmth and intimidation.  In current times, they  have been used to show masculinity, royalty, fashion, and status.

Prehistoric men grew beards for warmth, intimidation and protection.  Facial hair kept prehistoric men warm and it also protected their mouths from sand, dirt, the sun and many other different elements.  A beard on a man’s face creates the look of a stronger looking jaw line; this exaggeration helped them

In 3000 BCE to 1580 BCE, Egyptians royalty used a false beard that was made of metal.  This false beard was held onto the face by a ribbon that was tied over their heads.  This practice was down by both kings and queens. Ancient Egyptians were also known to die their chin beads with reddish brown to strong brown dyes.

Mesopotamian civilizations took great care of their beards.  They would use products like beard oil to keep their beards looking healthy.  They would also fashion their beards using ancient curling irons and make ringlets, frizzles, and tiered effects.  The Assyrians dyed their beards black, and the Persians died theirs a orange-red color. During ancient times, in Turkey and India, when someone had a long beard it was considered a symbol of wisdom and dignity.

During ancient times, in Greece, beards were a sign of honor.   Ancient Greeks commonly curled their beards with tongs in order to create hanging curls. Their beards were cut only as a punishment.  Around 345 BCE Alexander the Great decreed that soldiers couldn’t have beards.  He was afraid that opposing soldiers would grab on to the Grecians’ beards and use it against them while in battle.

Ancient Romans preferred their beads to be trimmed and well-groomed.  A Roman by the name of, Lucius Tarquinius Pricus, encouraged the use of razors in order to guide the city to hygienic reform in 616-578 BCE.  Although Pricus tried to encourage shaving, it still was not generally accepted until 454 BCE.

In 454 BCE, a group of Greek Sicilian barbers travelled from Sicily unto mainland Italy.  They set up barbershops that were situated on the mains streets of Rome.  These barbershops were typically only used by people who didn’t own slaves because if you owned a slave they would shave you instead. Eventually, shaving started to become the trend in ancient Rome, philosophers kept their beards

Anglo-Saxons wore beards until the advent of Christianity in the 7th century.  Once Christianity came around the clergy were required by law to shave. English princes sported mustaches until 1066-1087 CE when a law by William the First created a law that required them to shave in order to fit in with Norman fashions.

Once the Crusades began the return of beards also began.  For four centuries all sorts of facial hair was allowed.  It was much like current times, where men could choose from beards, mustaches and clean shaven faces.   In 1535 beards became fashionable again and with it came all sorts of sorts of styles and lengths.  Anglo-Saxon men began to starch their beards in the 1560s.

In the early 1600s, a painter named Sir Anthony Vandyke began to paint many aristocrats with pointed beards.  This style of beard was called the Vandyke.  The men used pomade or wax to shape their beards, and they applied with tiny brushes and combs. The people of this time invented different gadgets in order to keep mustaches and beards in shape while they slept.

There have been many beard styles throughout the ages.  A style made popular by Abraham Lincoln, is called the chin curtain. This is when there is facial hair along the jawline which is long enough to hang from the chin.  American essayist, Henry David Thoreau, had a style called the chinstrap beard.  This style is achieved when sideburns are connected to each other by a narrow hair line along the jaw.

English heavy metal musician, Lemmy Kilmister wore his facial hair in a style called, friendly muttonchops.  Friendly muttonchops are formed when muttonchops are connected by a mustache and there is no chin hair. Another facial hair style is the goatee.  The goatee is when only the hair around the chin and mustache are left on the face.  American professional wrestler, Hulk Hogan, was famous for the style horseshoe mustache. This is a full mustache with ends that extend down in parallel strait lines all the way down to the chin line.

There are no posts to list in this category.